The pleasure of playing music... 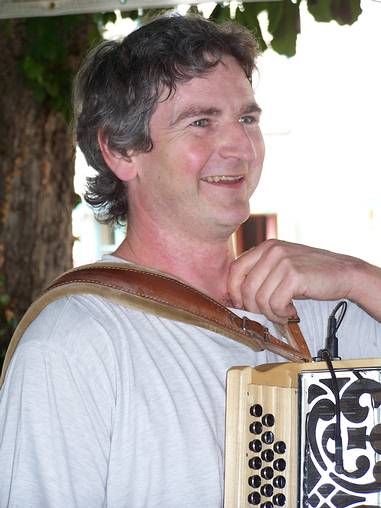 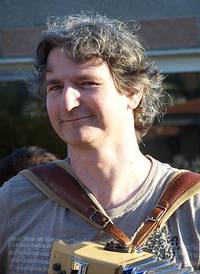 Bonjour! My name is Bernard Loffet, diatonic accordion maker and tuner and also musician. My company ARIV is in Caudan, Bretagne.

I mainly play diatonic "button" accordion (sometimes called squeeze box, DBA or melodion) solo for dance music at fest-noz (the folk dance evenings in Brittany, where 100 to 2000 people dance together...). My first solo CD , "Moteur !", came out in July 2005... and the second one "Action !" in 2009, a third one in duet with Yves Leblanc : "En avant-deux !"
I also play "piston" (traditional oboe) and biniou kozh (traditional breton bagpipe) with Diroll (fest-noz).
I played in several sailors songs, French songs and fest-noz bands : Nordet, Capstern and "Long John Silver", chants de marins, with Gaëlle Fourcade in "Anches Hantées", in a duo "Loffet-Runigo", also as an accompanist in French songs for "les Rives", Marie Bontemps, Patrice Edmont...

I also work as a sound engineer, mainly for fest-noz here in Bretagne, also at the "Grand Bal de l'Europe" and "Musicalies en Sologne". I was the soundtech of the group Tan ba'n Ti for several years.
I was an accordion teacher at the music schools of Caudan, Rostrenen and Rédéné, with more than 60 students. I've stopped teaching (not enough time). I only teach for workshops (accordion repairs) and Tabledit workshops now. I have written two books : collections of partitions and tablatures for dances from Brittany and sea shanties

Leave me a message...

My mother, Josette, is céramist.
Visit her pages !

Write to the Webmaster

This page (text & pictures) made by Bernard Loffet - www.diato.org is under the terms of the Creative Commons licence Attribution - NonCommercial - NoDerivs 3.0 Unported.